9 Things I’ve Learned Since Being in the Entertainment Industry

Truth time – unless someone is in the entertainment industry, I don’t really like to discuss my music career. Why? Because nine times out of ten, at least one of the following will happen: 1) I’ll get stereotyped as a girl who wants to just show up, look cute and sing, 2) they’ll suggest I go on a reality competition show – a platform that I believe has bastardized the music industry, or 3) I’ll get bombarded with questions that double as insults, such as “So what’s your backup plan if you don’t make it?”

Let me set things straight by saying I’m not new to this. I started performing onstage at the age of two, I’ve been a pianist for 25 years, I was classically trained and affiliated with the Royal Conservatory of Music, and I recorded my first self-written single eight years ago. (You can hear a couple outdated tracks on iTunes lol.) I’m anything but new to this game. Have things worked out the way I had hoped so far? Psshhttt, no. But over the years, I’ve learned so many valuable lessons about the entertainment industry that I feel like I’ll be as prepared as possible once it’s my turn to “make it.”

Now, most of these lessons veer towards the negative aspects – that’s the reality of the industry. But on the flip side, if you’re an aspiring artist who is aware of these issues, then it’ll make your journey to the top a hell of a lot easier. 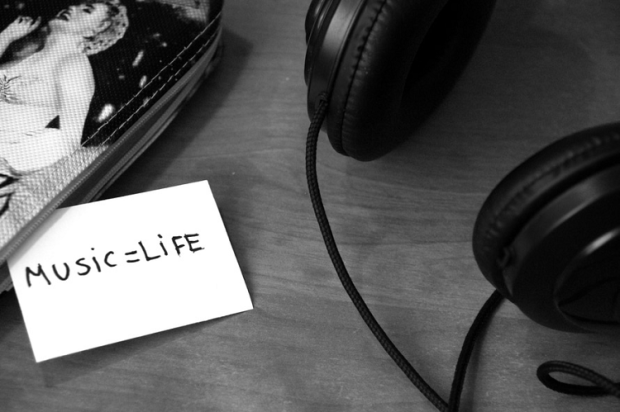 MAN, is this industry shady. To a certain extent, I think everyone knows there’s a dark side to entertainment. But I’m not even kidding when I say… if I were to tell you some of the sinister things I’ve discovered, you’d think I was psychotic. So rather than get into all that, I’ll just say that about 80% of what you see is smoke and mirrors and the entertainment industry is used as one of the world’s top distractions. “Distraction from what?” I’ll let you figure that out on your own.

Here’s one of the quickest routes to the top: have your rich daddy fork over half a million dollars (or more) to a record label to make you a star, and you’re pretty much guaranteed a Grammy at some point. No lie – some of the most talented musicians in the world are people you’ll never hear of, because they either have no money for exposure or they’re simply not marketable. You can be the best singer in the world; but if you won’t rake in the big bucks, it doesn’t matter.

3) You have to create your own bridges.

Entertainment really is about who you know. And most aspiring artists don’t have any real ties to the industry. This means you need to bust your booty to create your own bridges and build your own connections however possible, from chatting up strangers to sending out thousands of introduction emails.

News flash, people: when you bitch about celebrities you can’t stand and share articles about them, YOU are part of the community that makes them famous and relevant. There really is no such thing as bad press.

Once you start working with people in the industry, you’ll realize it’s a crazy small world – much less than six degrees of separation. This is why I always stress that this is the music business. Have fun, but be kind and professional. The second people stop wanting to work with you, your career is pretty much over.

6) Wannabes get in the way.

I seriously wish I was alive decades ago, before being a musician was perceived as a glamorous career. Nowadays, with social media and other online platforms, anyone with a slightly functioning voice box thinks they can sing and become a star just by posting YouTube videos of themselves hollering an off-key version of I Will Always Love You. One of the main reasons why it’s exponentially harder to be discovered today is because the industry is saturated by wannabes. In fact, wannabes are saturating every creative realm possible. Photography, acting, writing, painting, etc. It takes forever to weed through the mess and discover true talent.

7) You need to have a certain level of insanity to make it.

Even though the odds are stacked against you, you need to still believe you can make it. Beyond that, you need to be able to feel that future success and envision your life once you get your big break. In other words, you kinda have to be partially insane. But don’t worry about that. Insanity is a common denominator among some of the most brilliant and creative minds in history.

8) It’s better to have success when you’re older.

To be completely honest, in hindsight, I consider it a blessing that my music career didn’t take off when I wanted it to. This industry is no joke, and it’s a lot for anyone to handle, let alone a teenager or young adult. It takes a ridiculous amount of inner strength and conviction to avoid being trampled and taken advantage of – not to mention, society is ruthless and will pick apart your every move. So I’m thankful that I was able to have a normal childhood and venture through my twenties without being under a microscope. Also, Cyndi Lauper didn’t become a superstar until she was 30. I’d much rather follow in her footsteps than that of a teeny bopping pop princess.

This is a lesson I didn’t really learn until recently (I’m still kinda processing it). One of the greatest disservices any artist can do is equate their success to the amount of money they’ve made. There’s so many little victories that happen along the way; and if you ignore them, you’ll likely burn out and give up. For example, I received the most amazing message from a woman who commented on my YouTube channel, which I copy/pasted HERE. The fact that one of my songs was able to touch someone and give them a boost in their inner strength is one of the best feelings I didn’t even know existed. So in my book, that feedback alone was a total success. The money can always come later.