Celebrating My 30th Birthday in NYC

On Saturday, April 9th, I officially entered the “Dirty Thirties” club. Like any other night out around the city, I knew it’d be fun – but my fabulous friends made it even better than I had ever imagined. For the first time all year, I actually took a three-day weekend off (workaholics and hustlas can relate) and I spent Friday and Saturday running around NYC with Bekki – one of my BFFs who flew in from Florida just to spend my b-day with me.

If you’re going to be celebrating a birthday in New York City, or simply need some ideas on where to go on your day off, here’s where we ended up while celebrating my 30th.

Bekki and I made dim sum together a tradition years ago; so on the morning of my birthday, we woke up relatively early and trekked down to Chinatown for dim sum at the Golden Unicorn – the best NYC dim sum spot, in my opinion. Shrimp and pork siu mai + char siu bao + mango pudding = happy tummies.

After pigging out, we wanted to walk off our dim sum so we wouldn’t feel gross later that night. We spent about four hours walking around SoHo shopping, dancing in Top Shop (the DJ was on point), and trying to avoid getting our eyelash extensions wet (the weather sucked).

Before heading back to my place to rest and get ready, we stopped into Two Little Red Hens – my favorite bakery – to pick up the first of my birthday treats for the night. I was planning on getting the red velvet (it’s so bomb, it’s ridic), but I reeeeeeeeeeeally loved the flowers on the lemon buttercream cake and ended up bringing it home. After that, we got dressed and did hair/makeup while eating cake and drinking pink champagne. 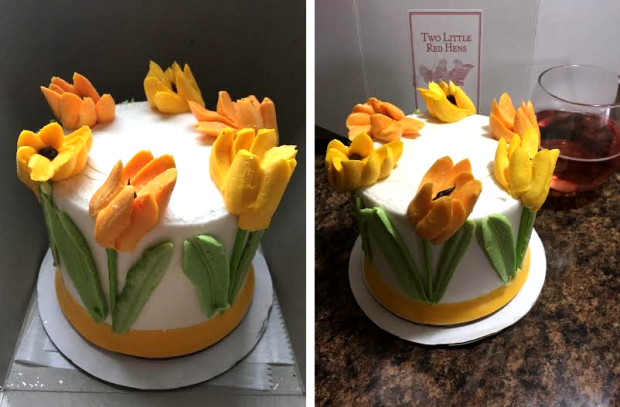 It was SO hard to choose a birthday venue, but 230 FIFTH was absolutely perfect – upscale, yet relaxed. I love a good rooftop bar and, even though it was cold and windy outside, 230 FIFTH had several “igloos” set up to block the chill. As you can imagine, this place is insanely packed during the summer, so it was nice to actually be able to sit down and have room to walk around and enjoy the amazing views of the Empire State Building. Oh, and they had HOT alcoholic drinks available – the raspberry apple cider was amazing. 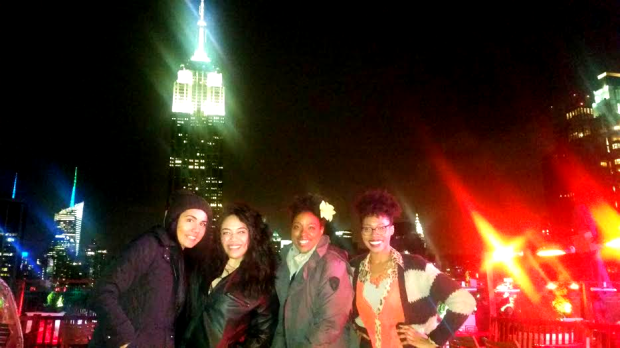 After several rounds of cocktails at 230 FIFTH, the girls and I made our way back uptown so I could hang out with one of my favorite crews in New York City: the wonderful dudes at Dangerfield’s Comedy Club. “Q”, one of my dearest friends and the Dangerfield’s host, brought out a tiramisu and had everyone sing “Happy Birthday,” and all the guys there made it an incredible after party.

I just realized we had an AFTER after party as well. Baker Street, my favorite Upper East Side watering hole, is usually where Q and I end up after the last show at Dangerfield’s (it’s right down the street). Not gonna lie – the details are fuzzy. But it was fun and my quads were crazy sore the next day, so I could tell dancing was involved.

Basically, my 30th birthday was pretty wonderful; and the most amazing thing was how grateful and loved I felt the next morning. Even my hangover didn’t put me in a bad mood. It didn’t stop there, though… there were more birthday treats and outings that have been taking place all month, so stay tuned.

2 thoughts on “Celebrating My 30th Birthday in NYC”