You’re Leaving With Me: J Boog in Brooklyn 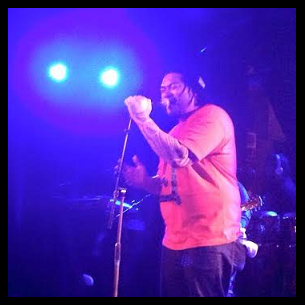 Q: What do you do when you’re living in America’s fastest-paced city and feeling homesick for the simple, island lifestyle?
A: Go to a J Boog concert.

Last month, Beks, Rae, and I went to see J Boog perform at the Knitting Factory in Brooklyn. It was a small venue – one of those “standing room only” type of setups – and I loved it, because we stood/danced at the front of the stage the whole night. The only other islanders there was a group of Fijian rugby players, a drunk Samoan girl from the west coast who wouldn’t stop saying “hella”, and then a couple of random hapas. Pacific Islanders only make up 0.1% of NYC’s population, so it’s not like I was expecting to find my long-lost tribe. 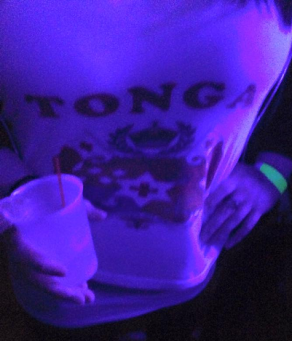 Reppin’ my Tongan coat of arms!

There were two opening acts, including a white rapper duo from Queens. Honestly, I didn’t get it. Their lyrics were kinda “off”, they were probably in their late-30s/early-40s, and one of them looked like he should be an accountant at Ernst & Young. Thankfully, the second group of guys were awesome – straight up out of Hawaii, and they sang a bunch of my favorite Bob Marley covers. Good call, boys.

When J Boog and his band took the stage, they transformed the whole room with a good ohana vibe, and it was just like being back in the islands. Also, I must say that homeboy sounds just as good live as he does on his tracks, if not better. A month later, I’ve still got “Leaving With Me” playing on repeat.

Takeaways from that night: 1) island boys have sexy ass voices, 2) not all white boys from Queens have flava, 3) Rae, Beks, and I literally cannot being around anyone who says “hella”, 4) I don’t like Williamsburg hipsters, and 5) the L train sucks and stops working after 11pm, so it takes two hours to get back to the Upper East Side.

For more information about the Knitting Factory and current concerts/events, visit their website.

← “Under the Radar” Fashion Designers
Free Podcasts with Chalene Johnson! →