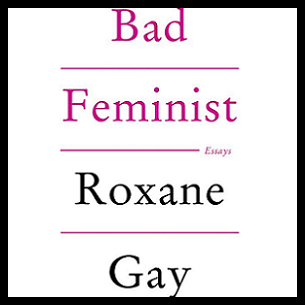 My personal realization that I was a bad feminist happened a few months ago, when my book club (that’s right – I’m all edumacated and cultured and sh*t) had to read Bad Feminist by Roxane Gay. I thought it would be boring, because essay compilations aren’t really my style, but I actually enjoyed it. Roxane has an entertaining way of getting her point across, even with heavy social issues, that doesn’t make you say “Damn… chill…”

Before I get into the technicalities of being a bad feminist, I have to mention an interesting point that one of the girls in the book club brought up. One inequality between men and women is that, from a young age, girls are taught to be careful around guys, to protect their bodies, and always be aware of their surroundings. But boys aren’t necessarily told “Hey sport, make sure you don’t rape girls, OK?” It’s like all of the responsibility is placed on us, from making sure a guy doesn’t slip a Roofie into our drink, to making sure we take our birth control pills on time. If anything, it’s as if girls are raised to have an unspoken understanding that we need to do everything possible to make sure men don’t make mistakes, because they’re basically invalids who can’t handle themselves in everyday situations.

Another book club discussion point, which I never considered before, was that catcalls are basically a form of rape culture. (Wait, WHAT?!) At this point, I had to shut up and listen so I could understand what the girls were talking about. First of all, as many of us know, rape isn’t a sexual act – it’s an act of violence. Psychologically, it has nothing to do with a guy needing to get laid, but the need to have control over another person. It’s an act that involves overpowering, a sense of entitlement, and intimidation. So why do guys yell out cat calls? In most cases, they’re just messing around and don’t mean anything by it. But at the same time, they feel entitled to yell those words at you. They feel entitled to force their presence on you, even if you’re just walking down the street and minding your own business. And overly-aggressive catcallers can definitely be intimidating, especially when walking home alone at night.

Obviously, a harmless “Yo baby girl, I’m feelin’ dat ass!” isn’t the same thing as actual physical assault. But the psychological parallels between catcalls and rape are undeniable. They belong to the same family. The only difference is, most men have the ability to stop themselves from crossing a certain line.

So after that was discussed at the book club and I was done having my mind blown, I felt a deeper understanding about the importance of female empowerment, and why being a feminist isn’t a bad thing once you peel away the negative connotations. Oh, and I love that they touched on this topic in Fresh Off the Boat, when Eddie’s mom attacked him with a stuffed animal to teach him not to date rape. But still… I can’t bring myself to use the word “feminist” as part of my identity.

As with anything that gains a lot of hype, American society has a habit of going on a sensationalist tangent and steering people’s focus away from extremely simple concepts. According to the Merriam-Webster dictionary, feminism is defined as such:

: the belief that men and women should have equal rights and opportunities

: organized activity in support of women’s rights and interests

Nowhere does it say that feminists are extreme, angry, obsessive, or have a one-track mind when it comes to supporting their cause. So why is it that when people ask if I’m a feminist, I always give a long-winded answer instead of just saying “yes”? It’s because I don’t like the stigma attached to the word. Instead, I’ve decided to claim the label “bad feminist”, because I like Roxane’s tongue-in-cheek interpretation of feminism. It’s like saying, “Yeah, I’m a feminist. But not the fabricated version that you’re probably thinking of”.

I absolutely believe that women should have the freedom to do anything they want with their lives, their bodies, and that they should have equal rights in all areas of society. But do I spend time campaigning about it, marching, or constantly thinking about how unjust society is towards women? HELL nah. And I do like it when men hold open doors, pay for dates, and take on the role of an alpha male in terms of handling his business and providing for his family.

The bottom line, when it comes to feminism, is that it’s about choice. And I completely support a woman’s right to choose. As much as I may make fun of women who choose to marry rich, quit their jobs, and pop out babies, they have every right to do so. Being a housewife is their choice. Fighting my ass off to have, both, a successful career AND a family (not anytime soon though) is my choice. And real feminism – or in this case, being a “bad” feminist – isn’t about which choice is better, but that women should have the ability to choose which option is best for them.